The information was published by the Financial Times referring to a document for Chinese app developers. It says that in the nearest future, applications on Apple smartphones will no longer be able to secretly track users ‘ actions on the Internet, you will have to request permission for this. Previously, the IDFA identification system allowed you to easily see which ads are viewed and which apps are downloaded by iPhone owners. The Chinese Advertising Association said the country’s tech giants ByteDance and Tencent are now testing a possible replacement for IDFA – the CAID program for identifying iPhone users. The firm declined to give any comments. Employees of the association said that the CAID system will not contradict the new Apple privacy rules, its implementation is under discussion. 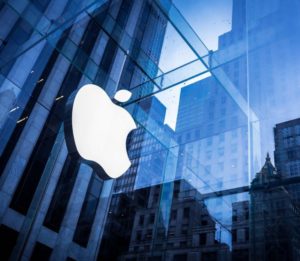 However, it should be remembered that this is not the first change in the rules of Apple’s policy in the territory of China. Since 2018, the management of accounts in the Icloud storage in China is not handled by Apple, but by a technology company owned by the government of Guizhou Province – Guizhou on the Cloud Big Data (GCBD). To do this, Apple opened a $ 1 billion data center in Guizhou in 2017. When deciding on the transition to Icloud data management, Apple said it was ready to make a move in accordance with the rules of the Chinese side regarding cloud computing.

The first calls for the transition of cloud data management to the local Chinese company were as follows:

In August 2017, Apple was heavily criticized by Beijing for threatening to remove apps from China’s leading technology company Tencent, including the WhatsApp-like mobile messenger WeChat. Apple sought to obtain a 30% commission for app updates through the Apple Store, instead of allowing domestic software developers to be able to update them in the background.

Influential media outlets subsequently attacked the company and called for a boycott of Apple products. Articles highlighted the growing superiority of Chinese technology, and news web-sites published articles telling users that they might have to choose between Apple or Tencent.

For Chinese citizens, the choice was obvious, many were ready to support Tencent, since the WeChat app has more than one billion active users in the territory of China. Apple could suffer huge financial losses and lose the entire Chinese market, so it was decided to transfer control to Chinese company.