People in China, starting from an early age

China is a country with a huge population, which is improving more and more every year and immersing itself in digital realities. People in China, starting from an early age and ending in middle age, prefer computer games to other activities. This tendency leads to the minimization of intellectual enlightenment, the dispersion of collective values, and the loss of a sense of reality. For the policy of the ruling Party of China, this situation is unacceptable, so the state has the strictest rules for gamers. 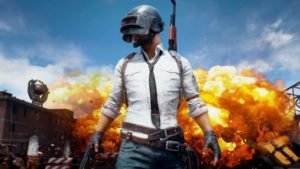 The main restrictions apply to children. Up to 18 years of age are allowed to spend time in virtual reality no more than 90 minutes a day or three hours on holidays. However, not everyone follows these decrees. Young gamers, to extend the game time, use fake data in the accounts purchased on Taobao. In addition, the computer rooms, that provide unlimited hours in the game for money, are always filled with school-age children. Therefore, having money, almost any teenager can avoid restrictions. According to the estimates of the Chinese Consumer Association, 17 of the 50 popular games are available to minors. To do this, it is enough to buy an account with false information about yourself.

Due to the coronavirus, the situation has deteriorated significantly, statistics show that during the quarantine period, children’s spending on computer games has increased by 360%. Based on the current situation, the gaming regulatory authority (SAP) has introduced additional conditions: limiting the time of the game and its costs. Now a minor can only spend a certain set amount on the game.

Tencent company, which is engaged in the development of games, has introduced its own strict rules on the use of their products. So, when registering in some popular games, this company will check the specified data with the data about you in the police database. In turn, highly technical codes for recognizing the faces and fingerprints of account holders are flourishing. Tencent, in its future projects, wants to train artificial intelligence to recognize who is playing an adult or a child using certain criteria.

While the major gaming giants, together with the government, are developing new methods of restrictions, young people are dodging in all possible ways, scanning the faces of parents during sleep or persuading unfamiliar adults to register.