The first Chinese-developed HIV drug has entered the world market

Information about the international recognition of the drug was shared by its developer, Frontier Biotech. The first drug Aikening, or in Russian “albuvirtide” for infusions, was approved by the government of Ecuador. The company has already announced plans to export the drug to 60 countries around the world. Aikening was approved by the State Drug Administration of China in 2018. It is used together with other antiviral drugs against HIV infection. According to clinical trials, Aikening is effective against most HIV strains. Its uniqueness lies in the longer duration of action and less harm to the liver. According to the developers of Aikening, their drug is a fusion inhibitor – it blocks the last stage of HIV penetration into the cell. Before that, China did not have a drug of its own development, for the treatment of HIV-infected people, it was necessary to buy imported medicines or turn to local non-generic drugs. The new drug is easy to use, now instead of daily use of a large number of tablets, you can make an injection only once a week. Patients can administer the drug themselves or visit the doctors once every seven days. 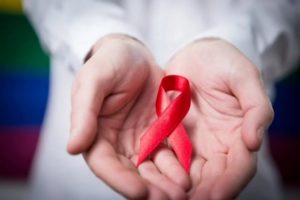 In China, the Joint United Nations Programme on HIV and AIDS and the World Health Organization estimate that there are more than 1.25 million people living with HIV and AIDS.

In the world, so far, only one person is known to be completely cured of HIV. The patient, Brown, was HIV-positive and had leukemia, and had a bone marrow transplant in 2007. This helped not only to put the leukemia in remission, but also to get rid of HIV. Because the cells, where HIV develops mature in the bone marrow. The donor found by doctors with the bone marrow mutation did not produce cells that were vulnerable to infection, and the infected cells did not develop during the transplant. In 2009, the leukemia returned and Brown had another operation, when an examination revealed that his blood did not show the presence of HIV cells. In 2020, on September 29, Brown died of cancer. However, Brown’s case is still the only one confirmed in medical practice. Doctors from all over the world are actively developing methods to combat HIV infection. At an international conference in Seattle, scientists reported on two patients who are in remission from HIV after a bone marrow transplant. Both patients “London” and “Dusseldorf” have cancer. The first one has Hodgkin’s lymphoma and after surgery, his tests showed only small traces of viral DNA. The “Dusseldorf” patient was ill with lymphoma, after the operation he also has almost clean tests and good health. Both patients are participants of the IciStem program.