Legalization of documents of legal entities

UGL document legalization services in Hong Kong, which are provided by UGL specialists, should be understood as the implementation of procedures related to the apostilization of documents issued in Hong Kong.

Apostille is a series of formal events aimed at giving documents legal force outside the state in which such a document was issued. In other words, if you received any official document from the competent authorities of Hong Kong, then for the possibility of presenting it on the territory of Russia, a single translation of the text of the document will not be enough, since confirmation of its legal force and official status is necessary.

Since Hong Kong is an independent party to The Hague Convention, which abolishes the requirement to legalize foreign official documents of October 5, 1961, in order to give documents issued by official institutions of Hong Kong legal force in other countries (including in Russia), such documents must pass Apostille procedure in accordance with the rules established by this convention.

Documents issued by the official authorities of Hong Kong are subject to apostilization, namely:

Also, in order to be able to provide documents apostilled by the authorized bodies of Hong Kong to official institutions of Russia, a translation of the text of such a document, as well as the apostille affixed to it must be made, which must be notarized. 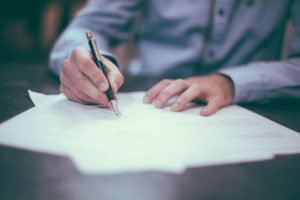 As the experience of UGL employees shows, the independent fulfillment by clients of all formalities for the legalization of documents issued by foreign jurisdictions is extremely difficult without special skills and knowledge. At a minimum, for this it is necessary to know a foreign language, to be able to get to a state institution that is engaged in the legalization of documents, provide all necessary documents, and pay the corresponding fee. For fast, high-quality implementation of this formality, it is best to attract professionals who have experience and skills in performing such tasks.

UGL provides comprehensive document apostilling services in Hong Kong. We undertake all formalities and legal procedures and complete all necessary actions as soon as possible. Our services were used by more than 200 clients who appreciated the high quality and convenience of the services provided.

Ask our expert a question by phone or email address listed on our website and we will certainly help you!