How China reacts to the negligence of manufacturers

In China, for 30 years, there has been an exciting show “Evening 3.15”, which is released every year on March 15 on World Consumer Rights Day. Its purpose is to highlight major blunders, inactions, and even the most real negligence on the part of popular manufacturing giants. This year, world-famous companies as MaxMara, BMW, Kohler and Ford were hit. The latter, however, suffered the most. The automaker was accused of improper quality of the gearbox assembly, the show hosts talked about permanent breakdowns, rust and obvious mechanical engineering defects. 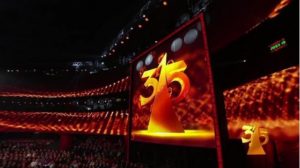 Domestic companies also took a hit. First, China’s famous job search platform Zhaopin was exposed for distributing customers’ personal information. The same actions were taken by many popular memory-cleaning apps, which also received a not inconsiderable barrage of criticism. The mobile browser US Browser and the mobile search engine 360 were found to have spread false advertising. The main culprit, according to the hosts of the revealing show, was a sheep farmer from Hebei Province. He pumped domestic livestock with clenbuterol – a harmful drug that is contraindicated for pregnant women, children and people with severe chronic diseases. The most dangerous thing was that later the home-made meat, which was chipped with the drug, fell on the shelves of large retail chains and who knows how many people it could harm. Do not forget that not only food can be spoiled, but also building materials. The program mentioned an underground factory that collected rusty, unusable rebar, polished it and passed it off as a new product. When selling it, it was labeled as rebar for the construction of earthquake-resistant buildings, the factory produced about 100,000 tons per day and distributed it throughout the country.

The program has been published annually since 1991. The trend of consumer product reviews has changed significantly. If in the 90s one particular product was reviewed, today entire industries, online services, and much more fall under criticism.